We’re not professional riders and this trip is not a project run by an official organisation. We have no backup vehicle and the only spares we will be carrying will be those that can fit in the panniers or on the back of the bikes.

One of the main purposes of us creating this site is to prove that anyone can is capable of doing what we are doing. We don’t have big bank accounts and we don’t have every little detail planned. The complete opposite in fact. We don’t have wives to worry about or mortgages to pay. All we know is that we will be on the ferry to France no later than 10th April 2012 with the bikes in whatever condition they may be in at that time. 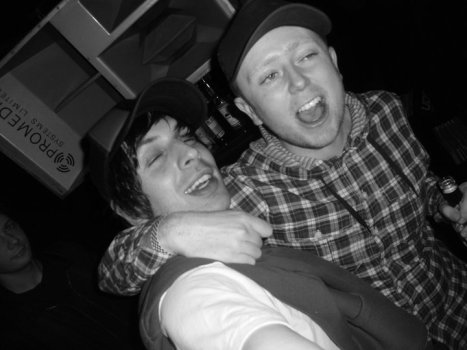 We’re simply two young guys with a mutual love for both travel and motorcycles. We have been good mates since we were in primary school and in 2011, the desire to hit the road just got too much. Bored with all too frequent “one day”  lines, we decided to finally just get up and get on with it.

Jon is a Formula 1 Design Engineer for Mclaren in Woking. Pete is a software consultant for Toolsgroup and works from Central London. Both of our companies have been kind enough to allow us both to take leave to complete this mission and provide we don’t have any major mechanical break downs or one too many heavy falls, we do not plan to be back in the U.K prior to 2013.

All this could make for an interesting 25,000 miles.